Villalta is one of the most important and best preserved medieval castles in Friuli, strategically located on the first morainic ridge dominating the plain. Its story begins in the twelfth century, during one of the many wars that affected the region for a long time. A fiefdom of the ancient and noble family, probably Germanic in origin, for more than three centuries Villalta was one of the protagonists of the historical events that afflicted the Patriarchate of Aquileia, giving rise to a large group of influential and powerful people and a patriarch, Gilo Villalta, who, however, was not confirmed by the Pope.

The della Torre, a Milanese family and rivals to the Visconti, began to take over ownership of the castle in 1433 and became its sole masters a Century later with the extinction of Villalta line. In the early decades of the eighteenth century Count Lucio della Torre became notorious for his misdeeds as a brigand, which led him to the gallows in 1721, aged just 27 years old. But the history of the castle, declared a national monument in 1974, lives on in every stone and every battlement. 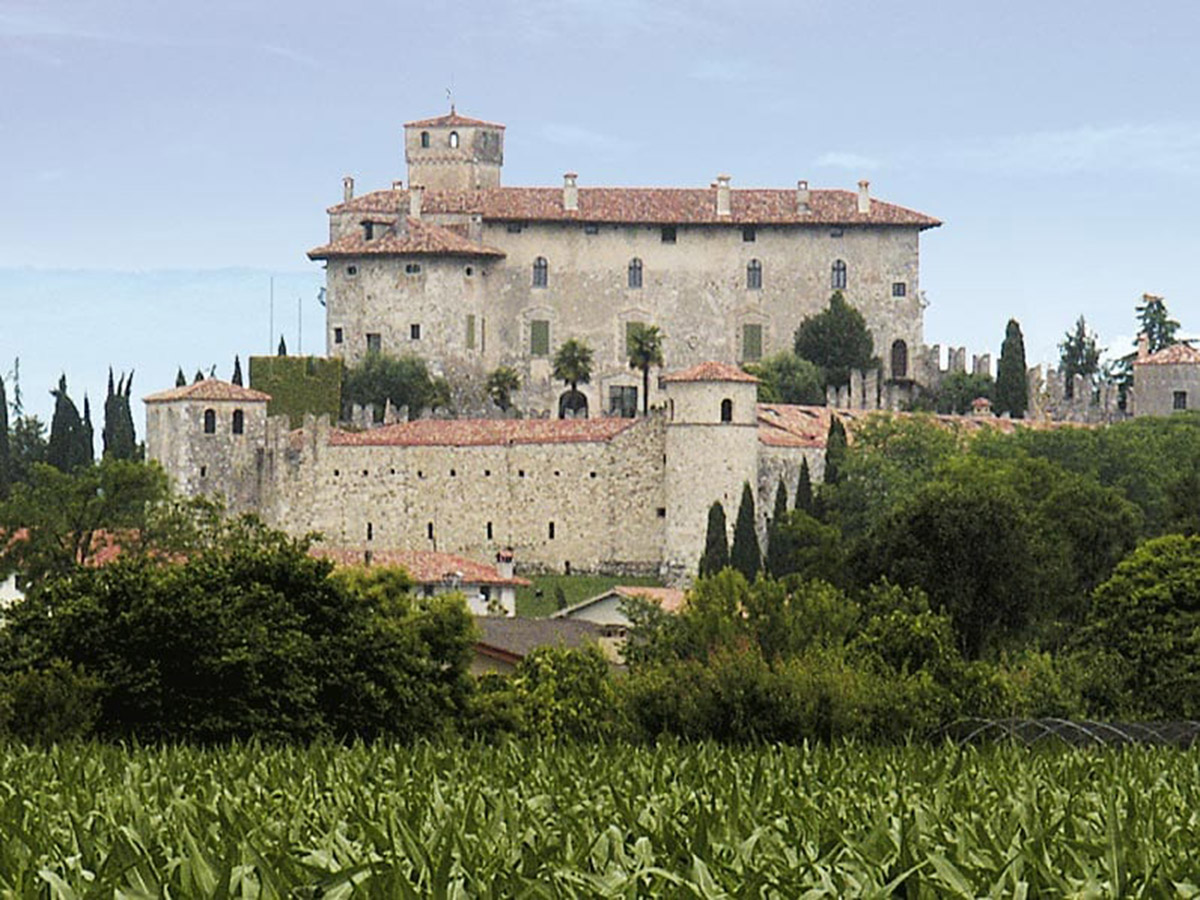